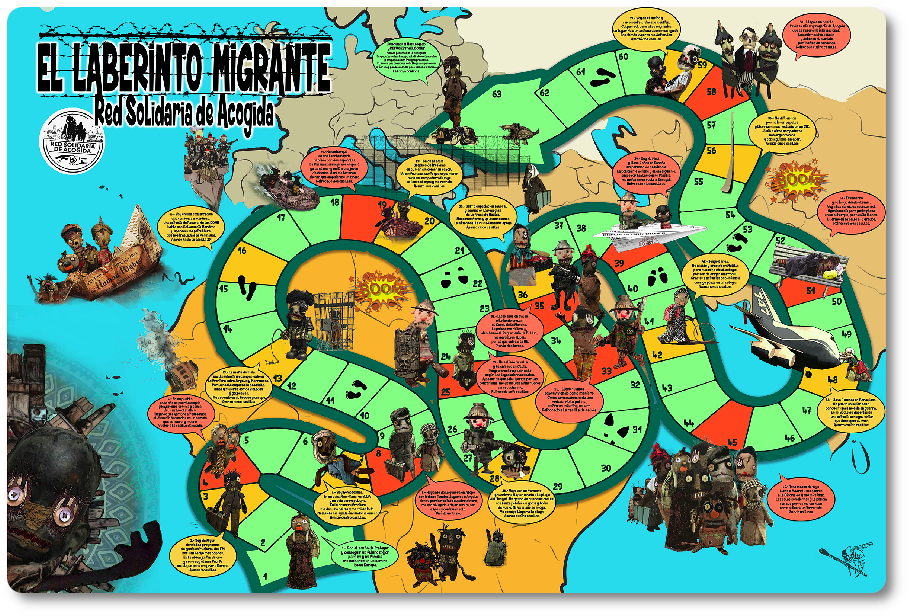 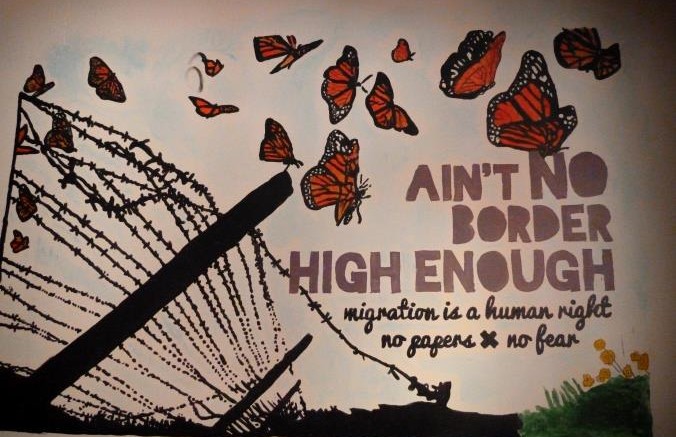 We wish to share the manifesto from the demonstration on Saturday 12th September which began at 18:30h.

The existing state of emergency at european borders where thousands of people are fleeing from hunger, war and persecution, are trapped and dying at our frontiers have caused us to cry “ WELCOME REFUGEES!”

Violence, absolute poverty and hunger have displaced millions of people around the world. The immigration policies of the EU have turned the Mediterranean into a shameful mass grave that we are not prepared to go on accepting. It has been forecast that during 2015 around 340,000 people will arrive in Europe. Frontex, the European Agency for the Management of Operational Cooperation at the External Borders of the Member States of the European Union, estimates that 80% of these people are eligible for the right to asylum. This exodus without precedent requires an urgent response, but its causes require medium and long term ones.

The EU governors have spent months, if not years, discussing what to do. After every catastrophe, after every boat has sunk, they are always talking about solidarity, but they bombard us with messages about the migratory phenomenon that generate fear, hate, racism and xenophobia to continue justifying their policies, borders and fences, such as those of Hungary, Ceuta or Melilla, which day after day bring us ever closer to barbarism.

The anti-riot material that the Hungarian government is using at its border is the same that was used on the beach of Tarajal. We should not forget the responsibility of our governments in these exoduses. We, as citizens, say “enough!”; we do not want a european police state, but a Europe that is peaceful and shows solidarity.

The citizens of Spain and Europe know about exodus and exile because of wars and hunger.We do not wish others to suffer what we have already suffered.

For all these reasons we citizens are acting to demand that the Spanish government and European Union authorities make themselves responsible for this migratory drama and find long term solutions to the causes that provoke it. For these reasons we believe that:

1.Saving lives and protecting people who are fleeing war and persecution is the moral and legal responsibility of our states. The 28 member states are signatories of numerous international and european treaties for the right to asylum and human rights such as the 1951 Refugee Convention, the Charter of Fundamental Rights of the European Union, the Convention on the Rights of the Child, as well as the rulings of the European Court of Human Rights.

2. The establishment in the Mediterranean of a broad joint european operation that resolves the humanitarian drama, ruling out any military action.

3. We request a special european plan to accommodate and integrate people who arrive in Europe in search of protection. Spain should agree at the next meeting on September 14th to receive at least as an initial commitment, the 15,000 refugees proposed by the EU.

Spain should establish a budget framework made up of european and national funds. The budget increase should be destined to attending the immediate needs of the refugees as well as responding to the root causes of the flight of these people.

4.The EU should provide more legal and safety measures regarding protection in Europe. It is time to establish a broad system of humanitarian visas and relocation of those seeking political asylum in addition to facilitating procedures for family reunification and other measures that allow entrance to Europe to seek asylum without having to take small boats to cross the Mediterranean, jump fences or pay human traffickers.

5. To set up decent conditions of refuge that also include integration measures. The accommodation should go hand in hand with a minimum of additional services dealing with social integration.

6. The European Union should show political courage and humanitarian leadership, offering permanent relocation to the most vulnerable refugees who are currently in neighbouring countries and in transit.

7. We denounce the ever more significant restrictions on the free movement of people, the increase in border surveillance, and the construction of walls and fences to keep migrants and refugees out.
8. Abandonment of the outsourcing of the management of EU frontiers, and of the search for and rescue of refugees and processing of asylum requests to third party countries, and the suspension of agreements and bilateral financial support by the EU with countries that do not respect human rights.

9. Adequate conditions of accommodation in open centres and the closure of detention and internment centres for foreigners ( CIES in Spain), where they are deprived of freedom because of their migrant status.

11. Ending of military conflicts and the reform of EU policy to contribute to sustainable political and economic development in countries of origin.

12. We welcome with great hope the initiatives of our city councils to become refuge cities, demonstrating that it is not impossible to find solutions if there is political willingness.

13. We wish to reiterate our commitment as a civil society to hospitality and solidarity among peoples. Welcome everybody – refugees, migrants, those displaced, exiled; this is your land.